Deputy Speaker of the Chamber of Deputies Jan Bartošek (chairman of the Interparliamentary Group of Friends of the Czech Republic – Israel – with 73 members the most substantial group),

members of our Czech-Israeli Mutual Chamber of Commerce,

it is my great honour and pleasure to welcome you to the Vladislav Hall of the Prague Castle, the iconic place of the Czech history. The former place of coronation of Czech kings and the current place of inauguration of Czech presidents. These are the principal premises of our country.

Thanks to the hospitality of Mr. President, we chose the Vladislav Hall for a very special reason. This place embodies the great and glorious common history of the Czechs and the Jews. The achievements of this country, Mr. President, would have been considerably less significant if there had not been the great personalities of science, art and economy, but also the ordinary hard-working Jewish people and their crafts. They were ours. We lost more than 80,000 of them in the war and in the Nazi rampage, and many of the survivors left after the war to build a new Israel. They were and still are truly missed here. This is one of the evident reasons for the strong affection of the free democratic Czech nation for Israel. 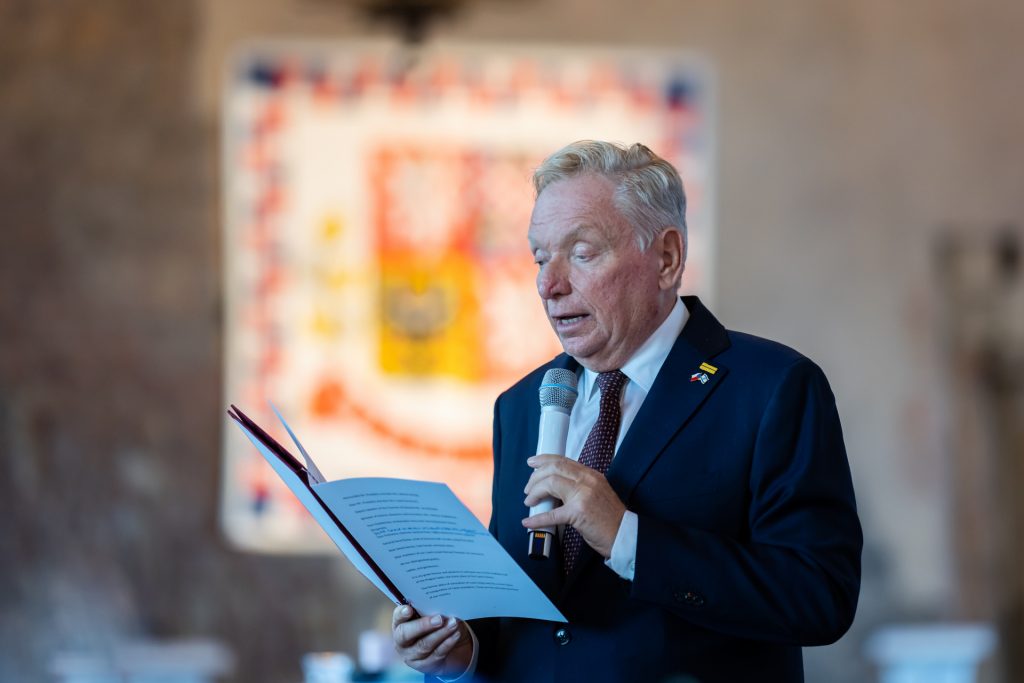 There is even a sort of mysterious historical truth to be told:

Whenever the Czechs have done well and prospered in modern history, Israel, or Palestine under President Masaryk, has been close by. Before the war, in 1968 and for the last three decades.

Throughout the hard times, during the war, Stalinism and normalization, Israel was far, far away indeed.

So welcome, Mr. President, dear Israeli guests to our country, a close brotherly country, and to better times.

Our Chamber of Commerce and its members are remarkable. For almost a quarter of a century, we have been promoting not only trade, but also industrial cooperation and, more recently, joint efforts in science and research, together with our sister chamber in Israel. Here in this hall are the personalities – the leaders of industry and science who are the actors of this successful cooperation. 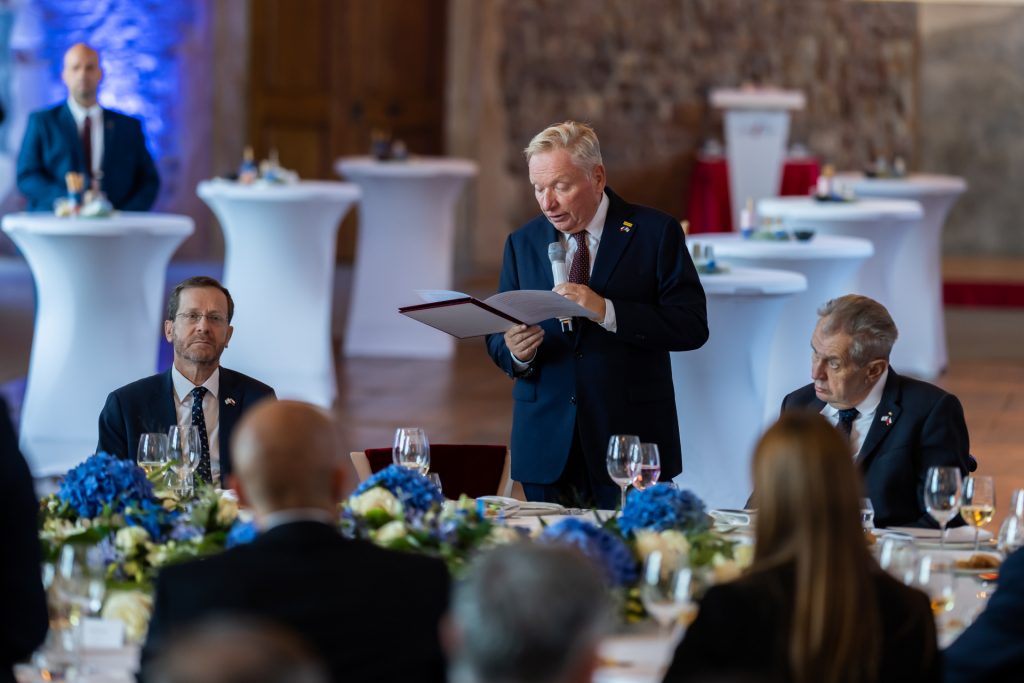 Mr. President, please let me pay a tribute in your presence to those who should rightly be credited with the merit of fostering the new rapprochement between Israel and the Czech Republic.

Mr. President, in your inaugural address to the Knesset you said: “Baseless hatred, the same factionalism and polarization, are exacting a heavy price – today, and every day. The heaviest price of all is the erosion of our national resilience.“ You also said: „My mission, the mission of my term, is to do everything in order to rebuild hope.”

Those are notable words. We also believe that there is no task of graver importance today. Resilience – the ability to be resilient and to straighten up again – is a natural human trait, but it must be cultivated. The resilience of a nation is the sum of the resilience of individuals, and thus, needs to be strengthened too. It must be one of the strongest parts of the national strategy; here and in Israel.

Europe is facing threats and fears that have long been unfamiliar.  The only way to overcome the fatal traps is precisely by openly discussing the possibilities of building resilience – and then by thoughtful government policy and the will of the whole society to overcome the crisis. 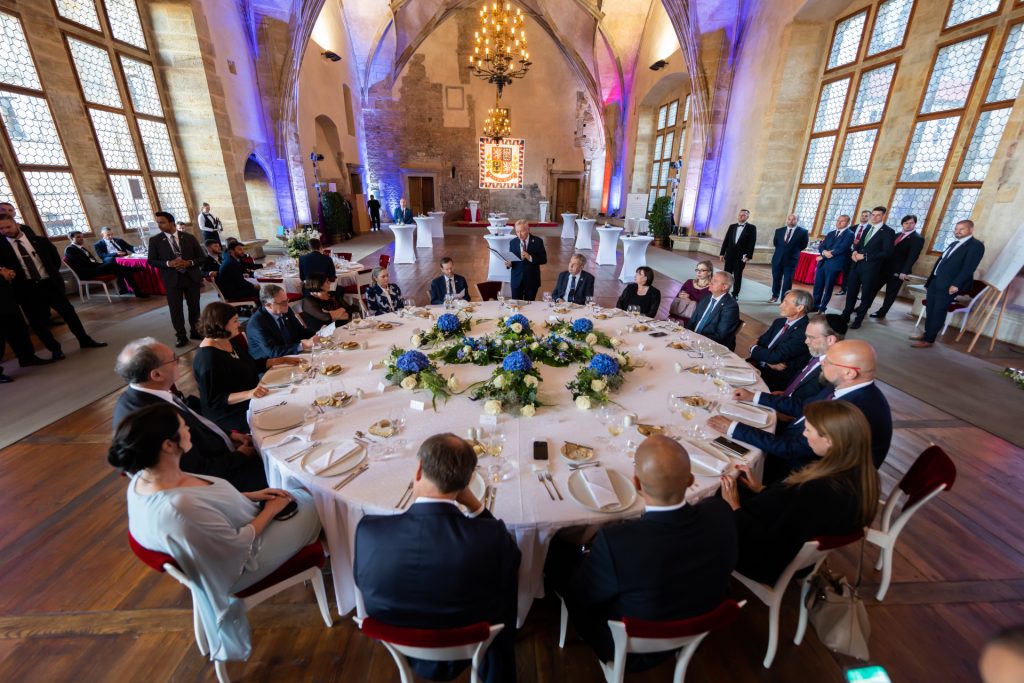 That is why I would like to officially announce here today that a joint Israeli-Czech initiative, in which the Samuel Neaman Institute and the Czech-Israeli Mutual Chamber of Commerce are playing a leading role, will establish a mutual think tank on strategic issues.

Eminent scientific and social figures will make resilience the main subject of research and recommendations to the government and society as a whole. Thus, I would like to greet these personalities, who are here in the hall today, to wish them success and to assure them of our support. 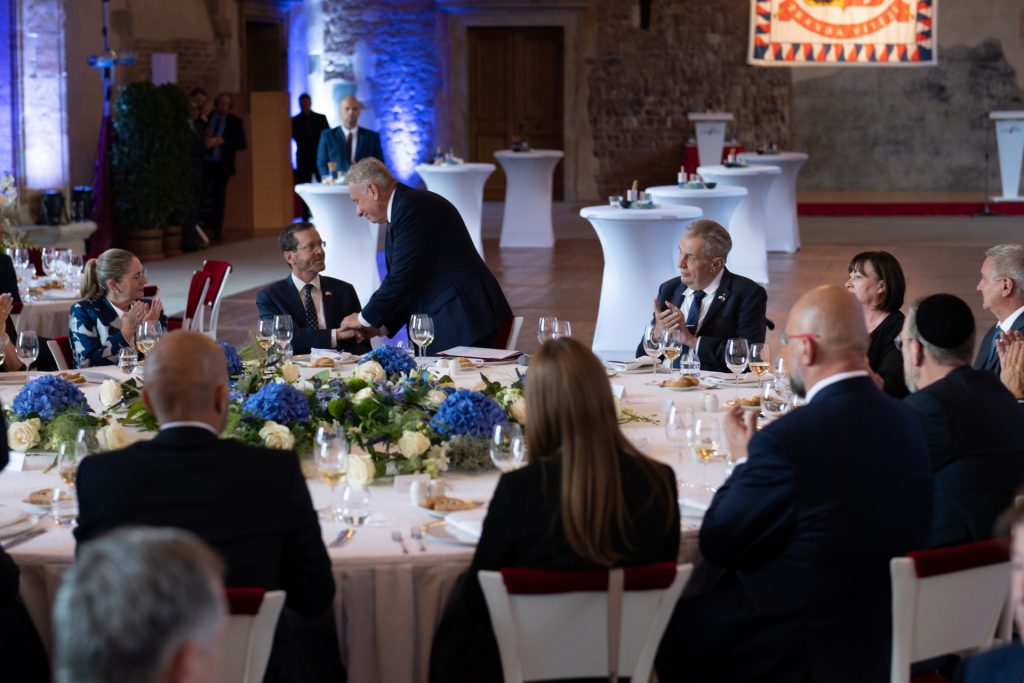 Mr. President, my Israeli friends, you will leave Prague in a few hours.  Your country, its challenges, and its joys await you.  Don’t forget us.  In the centre of Europe, the heart beats for you too.  The next part of our common journey is about to begin.